Reacts with human Cyclin D1 in formalin fixed or frozen tissue. The DCS6 antibody does not cross react with Cyclin D2 and/or Cyclin D2, both of which are highly expressed in many normal tissues (including lymphoid tissue) and tumors. 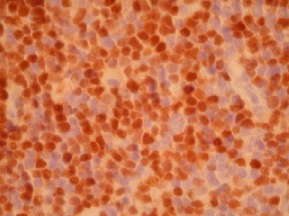