All IHC stains will include a positive control tissue

Please note - GATA3 is not as specific as originally reported (see below). Also, the staining can be variable, ranging from 5% to 100%. In breast cancers, the degree of staining should parallel the ER staining. Thus, if a possible breast cancer is strongly positive for GATA3 but negative or only focally/weakly positive for ER, consider additional stains to evaluate for possible ovary or endometrial cancers. 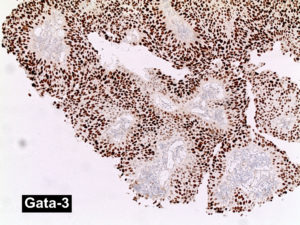 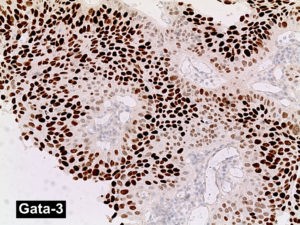